HUMANITARIAN PROJECTS FOR MADAGASCAR FROM THE AKBARALY FOUNDATION

FOR THE FIRST TIME IN MILAN

On the evening of October 28, 2015, from 19.30, at the Pinacoteca Ambrosiana in Milan, for the first time, an Italian event to raise funds for humanitarian projects in Madagascar is handled by the Akbaraly Foundation. During the evening, led by Alessandro Cecchi Paone, you can admire for the first and last time in its entirety the work "Cosmic Hug - 4aWoman" created by the artist Enrico Magnani for the Akbaraly Foundation.  You can buy for charity one or more of the 49 hand-painted tiles of the "large mosaic" Cosmic Hug for charity. The event in Milan, designed by Enrico Magnani and Cinzia Akbaraly Catalfamo, Founder and President of the Foundation, as well as Representative of the Government of Italy in Madagascar, will take place in the presence of distinguished guests at an evening gala accompanied by a concert performed by the Orchestra dei Popoli and a themed dinner prepared by chef Paolo Amadori.

Our beautiful city has been a protagonist of the year 2015, thanks to the EXPO. It has grown, it has been embellished, and is internationalized more than ever before. "Cosmic Hug", the idea of ​​"food for the soul" is part of the movement of the Milanese event, Expo. The Pinacoteca Ambrosiana, in its entire beauty, will be the perfect setting for a gala, conducted by Alessandro Cecchi Paone. With the participation of a hundred individuals from the worlds of business, intellectual, art, health; including one of the dearest friends and great supporters of the main activities of "4aWoman", Prof. Umberto Veronesi. The cocktail "dinatoire" of the highest level will provide the opportunity to exchange ideas among the guests and the live classical music will enliven the evening. Obviously, the work "Cosmic Hug", in its greatness, is surrounded by all its profound meaning transcendental and material. “Cosmic Hug” will be the theme for a very special evening, at the service of those who suffer most in this world. On this occasion the work of art will be unveiled where until then was a mystery for all. Its ephemeral nature will make this event unique. Only those present will be able to see the work for the first and last time in its entirety, and acquire one or more pieces of the large mosaic. Thus contributing to the development of the project Cosmic Hug, and especially the humanitarian cause of the Akbaraly Foundation project "4aWoman" in support of women and children in Africa.

The "Cosmic Hug", a cosmic embrace, is realized on the ground, day by day, in Africa, particularly in Madagascar by the Akbaraly Foundation. The foundation embraces hundreds of women, children, and men in great difficulty. Despite being one of the poorest countries in the world, the Foundation devotes its energies since decades to improve the education of children and the health of families through integrated holistic projects. The foundation tries to change their lives for a better future. The project "4aWOMAN" is particularly focused on the health of women and children, the mother and child health, as well as the care and prevention of female cancers, particularly breast and uterus, where in Africa is the leading cause of death. The proceeds from the evening will benefit from a new center for women and children in the capital of Madagascar, Antananarivo. Working to improve living conditions in the country of origin, the Foundation works towards the reduction of poverty of African populations to prevent the human disaster of the exodus to the West. In "Cosmic Hug" there are no differences of race, culture, geographical, or temporal spaces: the hug is universal, as the primordial sound OM, which fills the space of all the spaces and time of all times. In “his” huge arms those who share their happiness and joy find comfort, love, and bright beings that know by giving what they can, they receive much more than they ever thought they’d receive. It 's a circle of life that ends with only one possible word: LOVE.

Cosmic Hug is an original artistic project of Enrico Magnani that started in Prague in April 2013; today it has become a long-term project to be presented in different cities around the world for charity. Each year, the project Cosmic Hug assists and supports new humanitarian projects using mosaic work during events to give visibility and popularity to raise money for the causes themselves. Each year the artist creates a new work divided into many pieces as a large mosaic. The tiles are then acquired by collectors and brought with them in various parts of the world. The mosaic is fragmented in many different tiles but the ideal bond of belonging to the same work remains and brings people together. Many tiles and many owners including the artist himself; believe that each work becomes a symbol of an ideal combination of human beings, united in support of a noble cause that goes beyond space and time.

A gigantic explosion bursts in the darkness and silence of eternity. The primordial sound that gave rise to the creation, OM, has continued to expand in the universe. These are the premises from which I created the Cosmic Hug No. 3, edition 2015, for the humanitarian association 4aWoman. A great big bang, crafted on forty-nine tiles arranged in a matrix of seven times seven, originates from the central tile that contains in its center the ancient OM symbol in 24 carat gold. All the other tiles were embedded and create an almost invisible OM form. Each tile is so similar to its “father”, created in his image and likeness, but at the same time unique and unrepeatable, just like all human beings. In the dark cosmic, seven golden rays originate from the center: the seven rays are created through further differentiation, produce the immense variety, the wonderful richness and variety of life manifested in the visible and invisible worlds. The number 7, the most sacred in all traditions, is also found in the seven colors of the rainbow that each tiles contains, in analogy with the seven musical notes, seven chakras, and the seven heavens. The Cosmic Hug No. 3 is thus a powerful summary of the creation and the fact that everything is in everything. The OM is also and above all the sound that heals and puts man in balance with the cosmos. The work becomes, in this issue in particular, a great talisman whose fragments are ideally ambassadors of the harmony of the universe and specifically supporters of the humanitarian cause of the association 4aWoman.

FOOD TO CONNECT ART AND PEOPLE

Food as a synonym for division and sharing: because at the table, nobler or less pretentious, all come together to share food and moments of everyday life. Food as nourishment of everything that makes us feel good: the food feeds bellies, bodies, and souls. Food feeds hunger, pleasure, and mostly for concept. The food has the power to satisfy all the senses of the body and, for those who have the ability, pervades the sixth sense: food as abstract and ephemeral art is consumable but never in the same way. Food as a food, which is transformed into element: materiality of products or raw materials, which need to be taken care with respect. Cooking as a concept of revitalizing a product ready to decay. Cooking that is good and done well to emphasize quality and value of the elements that compose it: the food. Cooking made on purpose to men who eat food: food to connect art and people.

MUSIC TO CONNECT ART AND PEOPLE

The Orchestra dei Popoli Vittorio Baldoni is a musical and cultural project promoted by the Foundation Casa dello Spirito e delle Arti Onlus (House of the Spirit and Arts). A staff of 25 elements, with 11 nationalities involved, and that number keeps growing, is made up of boys and adults of different races, cultures, faiths, and generations - with great talent for music and who often come from situations of severe economic and social hardship. These musicians play with the students of the Conservatories of Lombardy and other music schools. 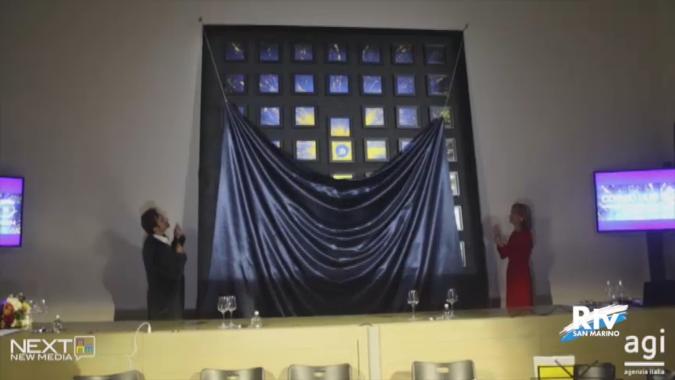