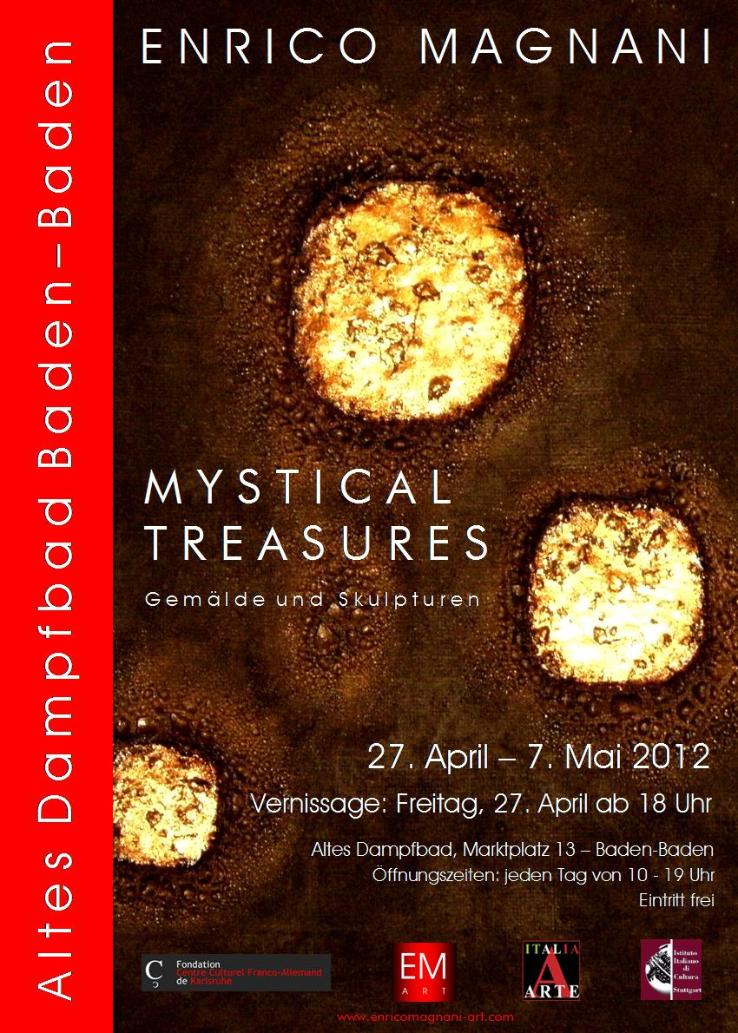 Drawing on from the most ancient eastern and western spiritual traditions, Enrico Magnani, with his artworks, shows the human inner contrast between body and soul, matter and spirit, the sacred and the profane. The imperfect world of matter and the perfect world of ideas coexist inside the human being. This duality is the origin of our inner and social conflicts. The “I” is body and egoism while the “soul” is universal and altruistic.

“Mystical Treasures” is a thousand year path through an artistic reworking of those traditions that tried to integrate matter and spirit in order to better understand the human being and his role inside the universe. All these spiritual traditions elaborated in Magnani’s artworks, such as Taoism, Alchemy, the Greek, and Christianity are all aiming to purification and elevation of the human being through a path symbolized by the labyrinth that takes its origin in the raw material, amorphous, repellent, and putrid until the achievement of purity and perfection: the Alchemical Gold. 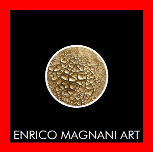